"As far as date nights go, Red Iguana is a crowd pleaser. Couples may have to speak up to hear each other at this popular dive, but they’ll be in foodie heaven once their dishes arrive." 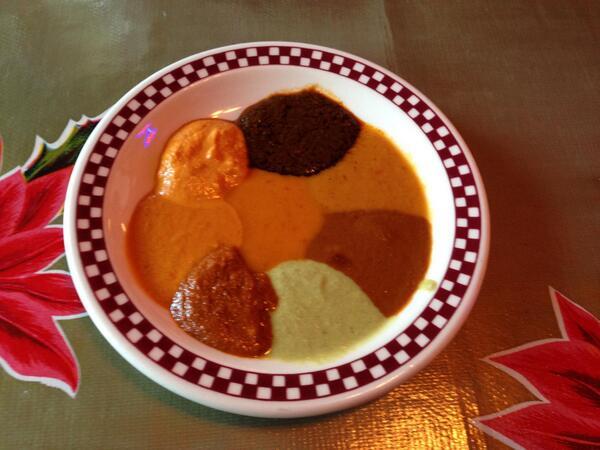 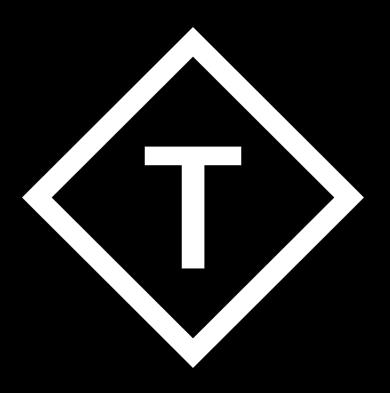 "What could possibly cause people to line up for a wait in the frosty air of a Salt Lake City winter evening?  Or in the heat of summer?  Or any other day? Red Iguana's claim to "killer Mexican food" is no typical American boast.  And this fare is not classic Americanized "Mexican".  This is Mexican food, the real deal, like abuela used to make.  You know, in Mexico.  Yeah, Mexico." 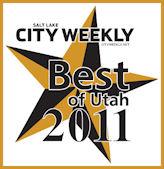 "For many, the Red Iguana and North Temple, the street where the restaurant grew its following, are practically synonymous. North Temple TRAX construction work, however, has made driving to the Red Iguana a steeple chase. Faced with such obstacles, you'd think that the Red Iguana, legendary for its mind-blowing moles and seafood dishes, would shrivel up and blow away. And you'd be wrong. It's hardly missed a beat, and not just because it preemptively opened up two more accessible restaurants downtown (866 W. South Temple, 801-214-6050 and 28 S. State, City Creek Center Food Court, 801-214-6350). Red Iguana is proof that a family-owned "dive" known for killer Mexican food can squeeze a juicy lemon over all manner of ripped-up asphalt and make a tasty guacamole out of it. 736 W. North Temple, Salt Lake City, 801-322-1489...." Full Article HERE

“From hidden-away restaurants to can't-miss museums, Fodor’s Choice selections recognize the top sights, properties, and experiences our editors and updaters have found in their travels,” says Fodor’s publisher Tim Jarrell. “These places are the best of the best, providing a remarkable experience in their price range or category.”

"Obviously, Red Iguana has won just about every food award in existence, so why shouldn’t it retain its 2009 Fabby title? Salt Lake residents have been gobbling up the Cardenas family’s “killer Mexican food” for 40 years now. And if the lines that stretch around its two locations are any indication, Red Iguana will be doing booming business for another 40. Their molé is, indeed, holy."

"This restaurant has lines out the door almost from the moment they open until they close. Holy molé." 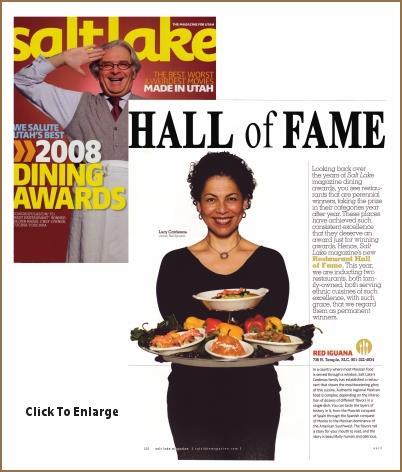